The important role of flow switch in the seal water system: 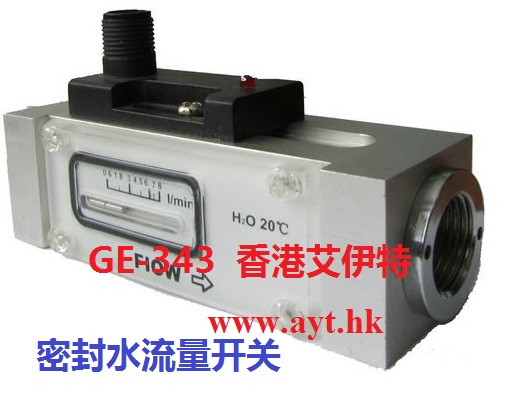 [Flow Switch for sea water, GE-343 series, with a flow indicator to show the flow rate of seal water]

If the appropriate seal water flow switch is not installed, the water shortage alarm signal can not be sent out in time, and the bearing will be burned in case of serious problems; the gap between the high-speed rotating shaft and the seal is very small, when the seal water is lost, the water film here will be damaged, and the friction between the shaft and the seal is likely to occur, which will increase the vibration of the feed pump Heavy load will cause equipment damage. The return water of sealing water is generally led into condenser by multi-stage water seal pipe. The principle of mechanical seal cooling is to use circulating softened water to remove the friction heat generated by the relative rotation of dynamic and static rings, reduce the service temperature and extend the service life.